Marios Bekatoros Posted on 30/01/2021 Posted in Blog, Investing No Comments 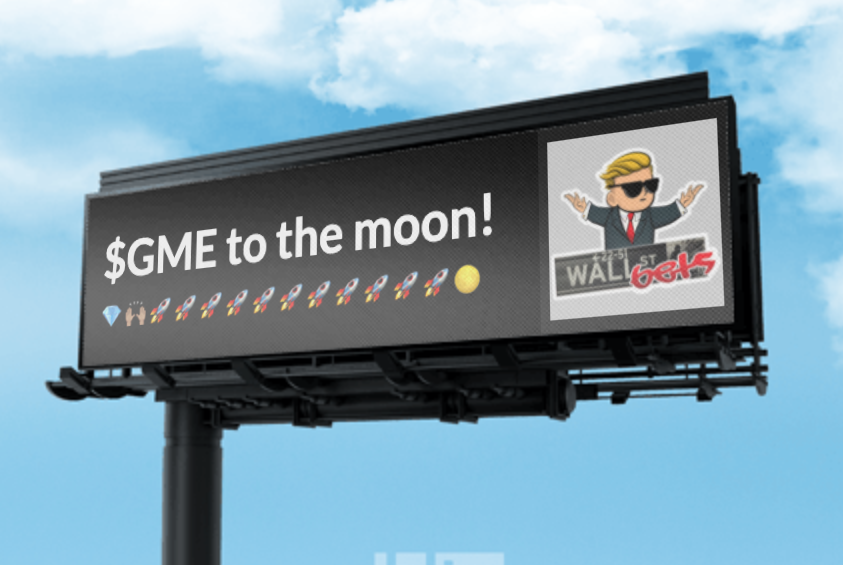 So most of you will have read about the latest Reddit craze regarding r/wallstreetbets and Gamestop (GME). This post is to help you explain what exactly happened this week and try to figure out how it will evolve in the following weeks.

So some backstory first, Gamestop is an US retail brick and mortar selling videogames and consoles. As you can imagine during the Covid pandemic and the majority of the videogames are downloadable this seem like a failing business. Some hedge funds decided to use this failure to increase their profits, by short selling the GME stock and driving it’s price to the ground. With the lowest point being $2.5 per share valuing the company at about $150 million at that time.

To explain what short-selling is briefly imagine you go to the marketplace and you ask the salesman to borrow one apple costing $1 and you will return another apple to him later plus some cents for interest. Now with that apple you go and sell this apple to someone else for $1. At this time you still in the red as you owe one apple and some interest. After some hours the price of apples has gone down to $0.85 where you go and buy one and return it to your lender plus $0.01 for interest. Now you have made a profit of $0.14 buy selling something you never owned. Imagine this now with 100 million stocks of Gamestop, and keep in mind that GME has issued only 70 million stocks. This excess of stocks is due to naked selling, meaning loaning shares you don’t actually own but you have also borrowed from someone else.

Now imagine that some guys in r/wallstreetbets are really good at reading the stock exchange books and figured that some greedy hedge funds have driven the price of GME to the ground and made billions doing so, and also making sure that this company is so discredited that it will never recover so when it files for bankruptcy they will not need to return anything back and make even more billion in the process. These WSBs guys having revealed this scam to the world rise up and start buying any GME stock they can get their hand on at the bottom price driving it from $10 up to $480 doing a reverse Big Short the story about Michael Burry manager of Scion Asset Management that bet against the US mortgage market in 2007. This reverse big short is named short squeeze, driving the price of a stock so high that you squeeze the short sellers to close their position by buying the stocks back at a higher price making them lose billion in the process, this is exactly what happened to hedge funds losing at least an estimated $10 billion.

The most interesting facts about this past week is that a lot of people (retail investors) having the ability to trade using Robinhood and others said a huge FU to hedge funds and a lot made huge profits. All this by buying the stock and holding it with their diamond hands 💎🙌🏻 to drive the stock to the Moon 🚀. Also as everyone expected trading companies and clearing companies started having “malfunctions” and added rules to limit the ability of the people to buy the stocks in the like of GME, BlackBerry, AMC and Bed Bath and Beyond. Robinhood is one of example of these “changes due to volatility” doing so opened the gates to being sued by everyone for market manipulation based on SEC regulations, by “Intentional interference with the free forces of supply and demand”.

TLDR Keep Hodling by 💎🙌🏻 worked and drove GME to the Moon🚀.

Addendum #1
Coming back to the market manipulation that Robinhood and other trading companies claim they did not perform, the official explanation they provided was that the clearing houses they used increased the needed capital that should be deposited by them to 100%. Meaning that Robinhood, Webull, M1 finance etc should deposit all the needed funds in advance before performing more transactions, this created their inability as they need to increase their funds and deposit them to the clearing houses. The PR handling was terrible and the truth will eventually come out after the SEC investigate all the parties involved.

Addendum #2
One of the most interesting things about this week was that the established media had 2 modes of operation.
The first one was : WTF is a Reddit? Who is wallstreetbets? And how these kids are making money?
The second one mainly expressed by the likes of CNBC was “STOP THESE EVIL CRIMINALS”, from costing billions to our bosses…. , “Call the SEC! Save those ignorant people from themselves”.
At least a lot of big names took the side of the WSB folks like Kevin O’Leary, Chamath Palihapitiya and others. A lot of anger was displayed from CNBC reporters against everyone with an opposite opinion.
One of the most neutral views were from Yahoo Finance, one of the examples was the interview with Youtuber Louis Rossmann were the interviewers let him talk about his opinion as an retail investor.
Of course Elon Musk couldn’t miss this opportunity of sticking it to hedge funds and tweeted GAMESTONK!!